Rest at ease friends of BoRT, the day of April Foolishness is another note in history. And like so much of the history that makes us we can (re)examine, (re)consider, and (re)interpret the story it tells us about who we are. Over the last two months, we had a great many reflections (without the brackets) on how games envision history and how games are a part of history. Settle in, and leave some notes for future generations looking over another edition of Blogs of the Round Table! 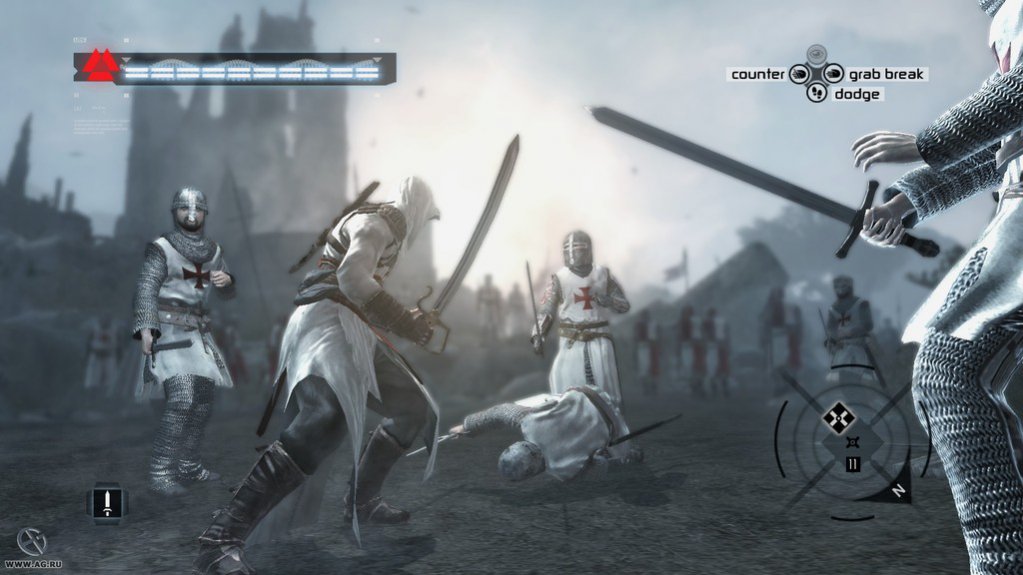 Although this video by the Gamedenker team was posted before we launched our call in February, it is a relevant piece that sets the tone for this round up. The video argues that the way games are experienced provides them with an especially effective toolset for imagining alternative histories. Although the video focuses on the Assassin’s Creed series, the argument is generalizable to any kind of game that creates a version of the past. 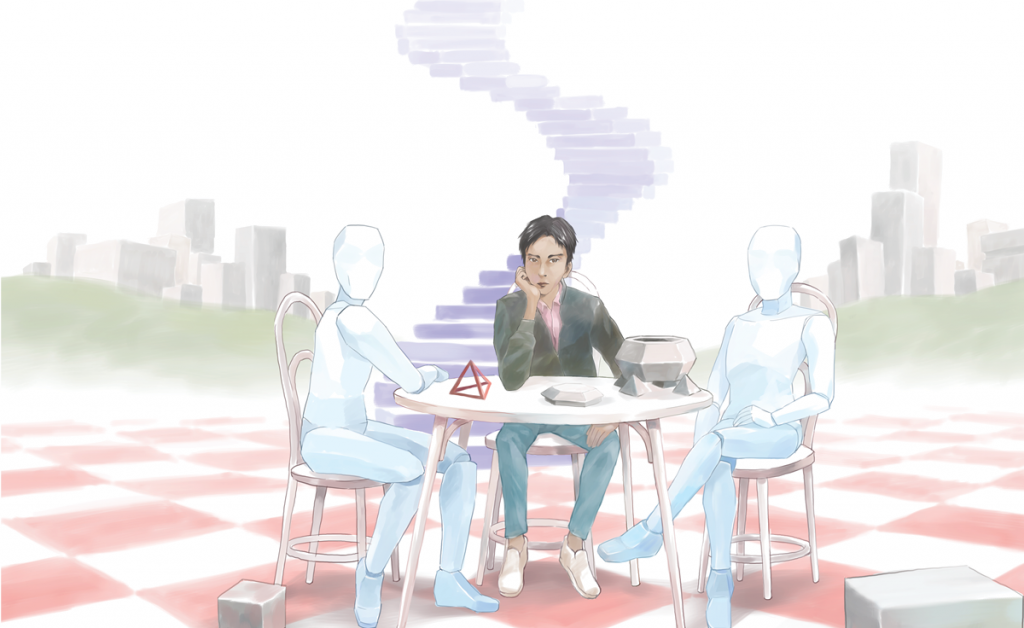 Life isn’t static, and though we often don’t think of changes much as they happen, our living areas grow, change, shift, and become routine over years. Heather Alexandra explores how the fictional city of Kamurocho evolves over the space of many years throughout the Yakuza games, and how the changes illustrate a growth rarely show. 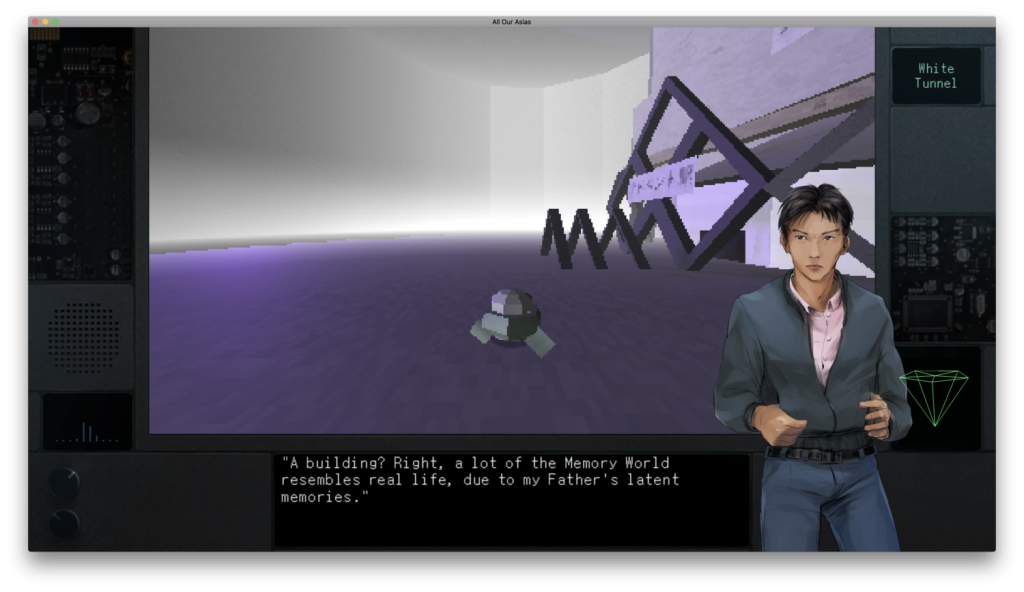 Memory, Culture, and the Limits of Artifice

Sophia Park’s discussion of All Our Asias adds another dimension by focusing on the aesthetic impact of the game’s design. For Park, the game emphasizes the experience of play as an artificial abstraction of real experiences, one that takes effort to understand but is worthwhile to achieve a kind of empathy toward other experiences. 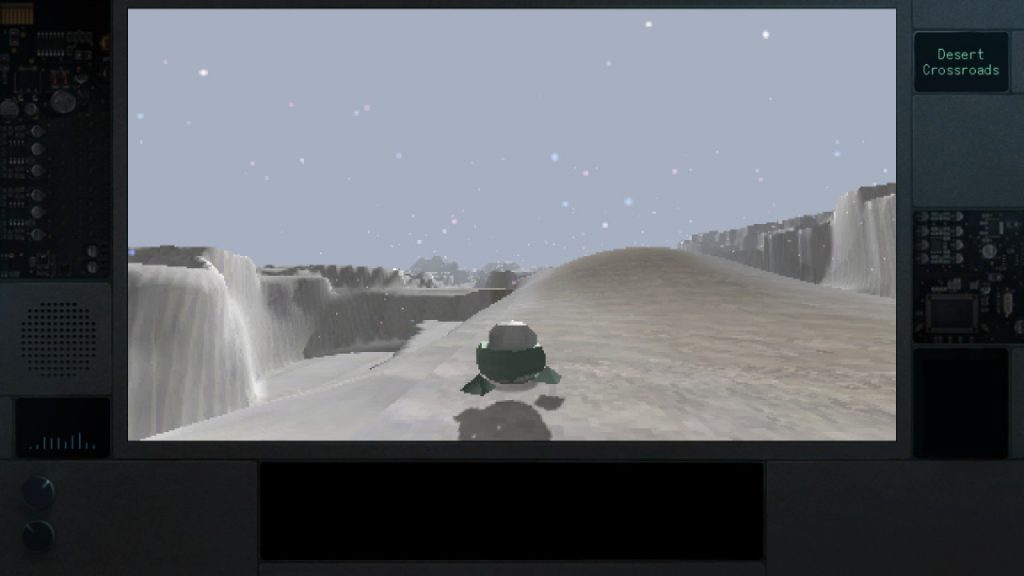 On Imagining ‘All Our Asias‘

Historian Seva Kritskiy pens two pieces on this subject during our call for submissions. The first is another look at All Our Asias through the lens of cultural theorist Wang Hui. The protagonist of All Our Asias, Yuito, spends most of his highly abstract journey wrestling with the racial and class tensions of his identity. Wang’s social theory, that Asian identity is constructed to bolster European self-assurance, seems apparent in Yuito’s struggle with his identity as a man who identifies as both American and Japanese. 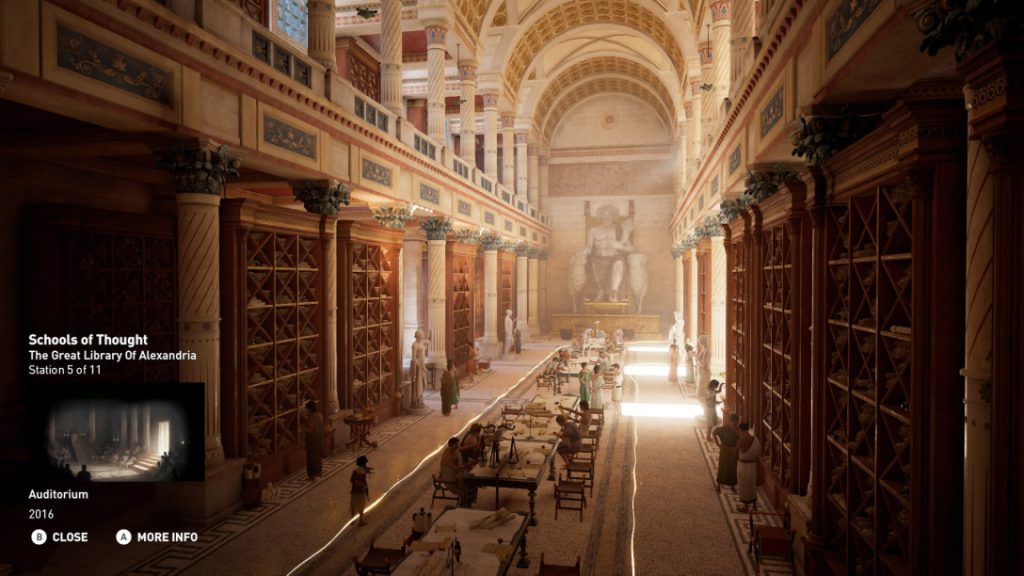 On the Egypt of Assassin’s Creed: Origins Discovery Tour

The second of Kriskiy’s pieces featured in this roundup looks at the Discovery Tour mode recently added to Assassin’s Creed: Origins, which allows players to virtually explore recorded history in a virtual museum exhibit. While Kriskiy found Origins proper to deal with anti-colonial themes, the Discovery Tour largely replicates the orientalist undertones of written history. 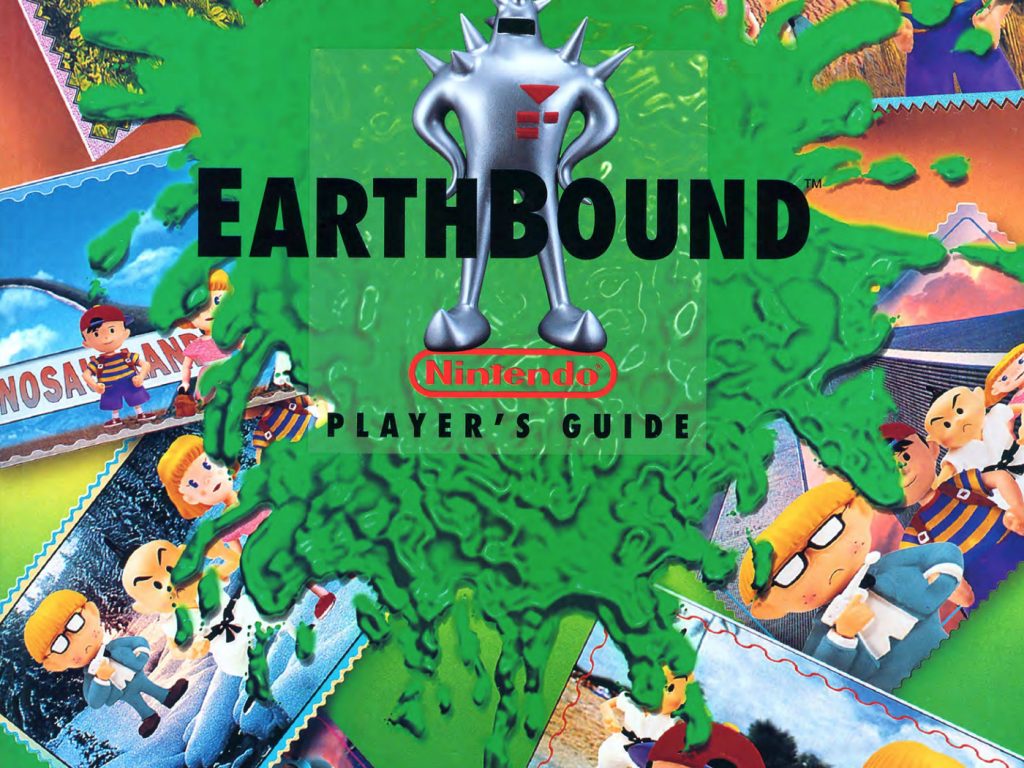 Earthbound Across Platforms and Emily Dickenson: An Unlikely Comparison

On his personal blog, Matthew Schmalzer considers the role of physical artifacts in delineating text and paratext. Is it important that he’s playing an emulated version of Earthbound on the SNES classic and not the physical object? Or is it possible to situate the game in its moment of history with a replication of it that’s “close enough”? Schmaltzer turns to the works of Emily Dickenson and the editors who’ve worked to canonize her to consider how to think of games-as-historical-text. 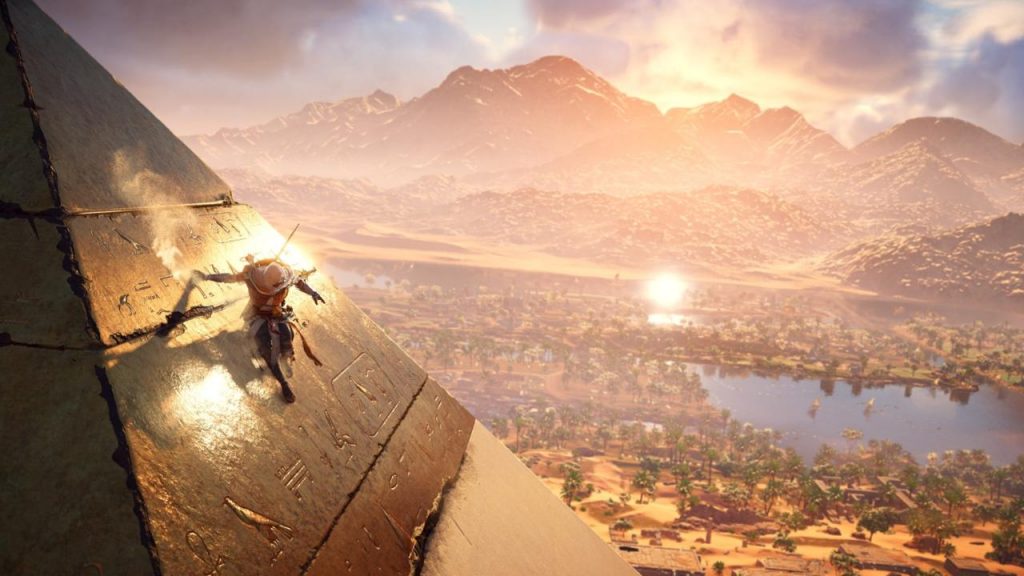 In his ongoing series of video essays, Bob Whitaker invites Egyptologist Peter Der Manuelian to discuss the accuracy and social questions posed in Assassin’s Creed: Origins. Like other episodes of History Respawned, Whitaker leads his guest through topics like the representation of well-known figures and the ongoing contemporary influence of different points in history on contemporary life. 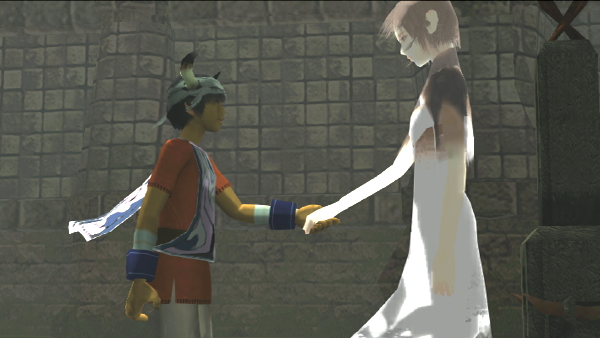 ICO: A Dream Tarnished by Time

On her personal blog, Milena reflects on her first experience as a teenage playing through ICO and comparing it with later attempts to go through it. But while the technical shift in contemporary triple-A games has made ICO feel stiff by comparison, Milena still cherishes the memory of that first experience of its world.

Writing for Unwinnable, Reid McCarter considers which versions of history are most important to represent in fiction and what kinds of rhetoric do they champion. That Kingdom Come: Deliverance boasts of its historical accuracy should be scrutinized when it offers such a xenophobic message in a xenophobic time. By reflecting on other historical sources and examining what history actually means to us in the present, McCarter offers a richer discussion around the game. 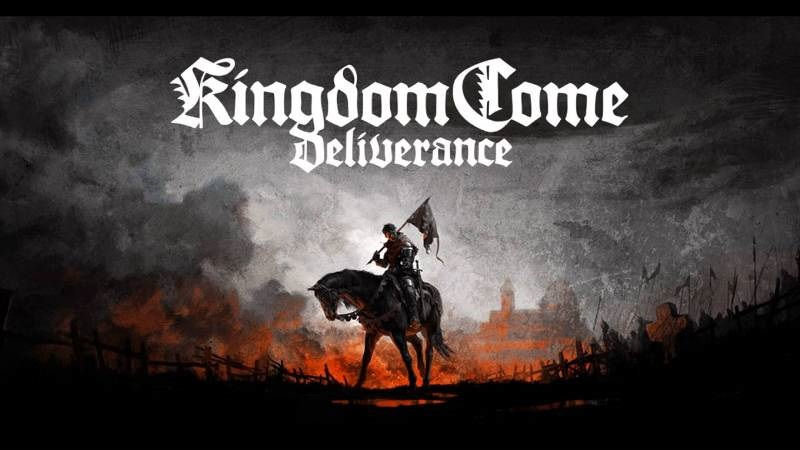 On the Historical Realism of Having Sex with Animals via Lockpicking: An Essay on Kingdom Come: Deliverance

Megan Condis proposes similar criticisms of Kingdom Come, pointing that not only is fidelity to bygone living conditions something that doesn’t makes sense in games, but isn’t even possible. Moreover, narrative and design choices are always politically motivated, and claims of realism are largely used to obfuscate the worldview of a game’s creators.

Back at Unwinnable, Yussef Cole considers the role of 1997’s PaRappa the Rapper in his life after playing last year’s reissue on the Playstation 4. As a black man growing up largely in white spaces, Cole’s explains that his exploration of different music subcultures worked both to access new communities and, eventually, to connect him to his own neighbourhood in New York. PaRappa was a part of how Cole discovered music and made it a part of his life and now serves as a reflection of that journey. 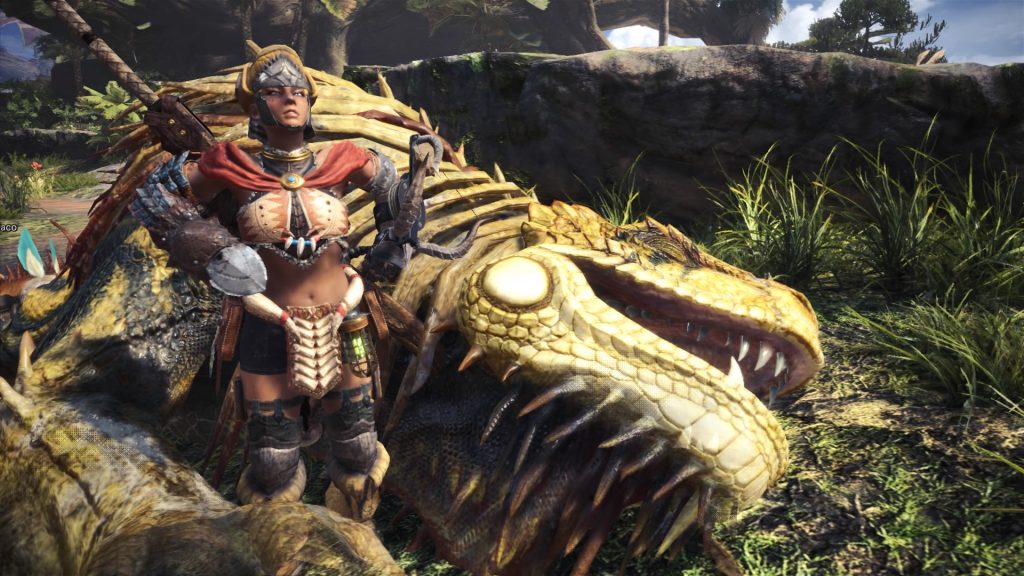 What medieval bestiaries tell us about Monster Hunter World

At Eurogamer Andreas Inderwildi looks back at some of the flamboyant portrayals of animals from a medieval bestiary to see some of the tropes revived in Monster Hunter World. Like the imagined version of real-world animals in the bestiary, the creatures in World are reduced to a single memorable trait, emphasized for drama, and positioned as the nemesis of another creature. In taking cues from historical and fantastical versions of creatures, World adds a sense of wonder to beasts that might otherwise seem mundane.

April Tyack discusses some of the consequences of Monster Hunter World’s streamlined design in a piece for Haywire Magazine. Unlike previous entries in the series, World takes place in a newly discovered island where the player-character and teams of quest-distributing scientists request slain animals for research and development of new monster-slaying equipment. According to Tyack the shift from protecting human settlements and preserving ecosystems to collecting samples lends itself to a familiar colonial narrative where new lands are reduced to resources for consumption with little consideration for the long-term consequences of the explorer’s intervention.

All rise and no fall: how Civilization reinforces a dangerous myth

Over at Rock, Paper, Shotgun Alister MacQuarrie argues that Civilization games, those like it, and really games in general, have a problem conceiving any vision of progress outside perpetual growth. For MacQuarrie perpetual growth isn’t just unrealistic or unviable, it’s a myth that constrains imagination from approaching real problems facing the world and addressing the historical trend of societies acknowledging their mortality. While some games attempt to disrupt growth with varying degrees of success, decline or collapse are treated more like inconveniences than as products of a constantly changing universe. 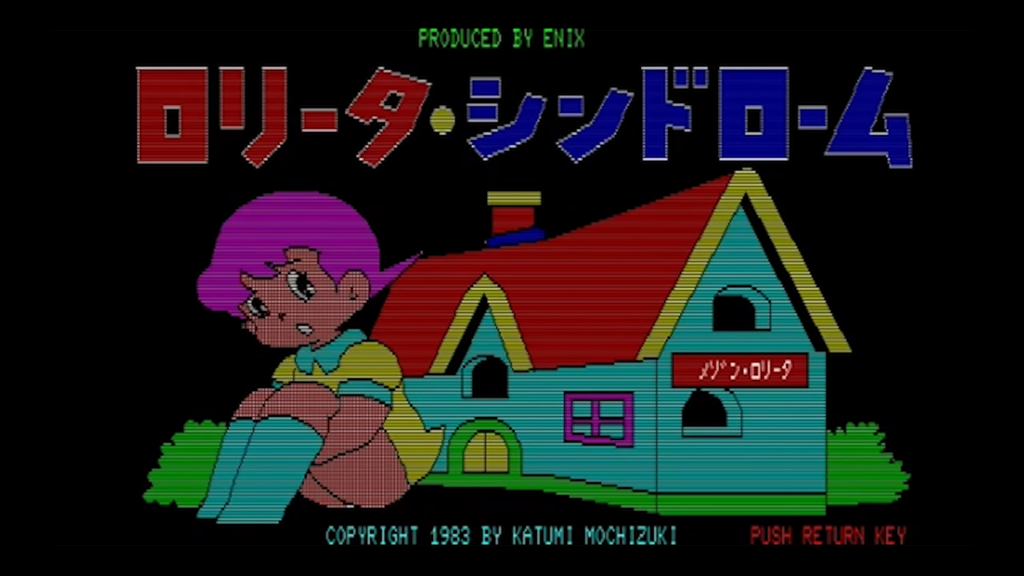 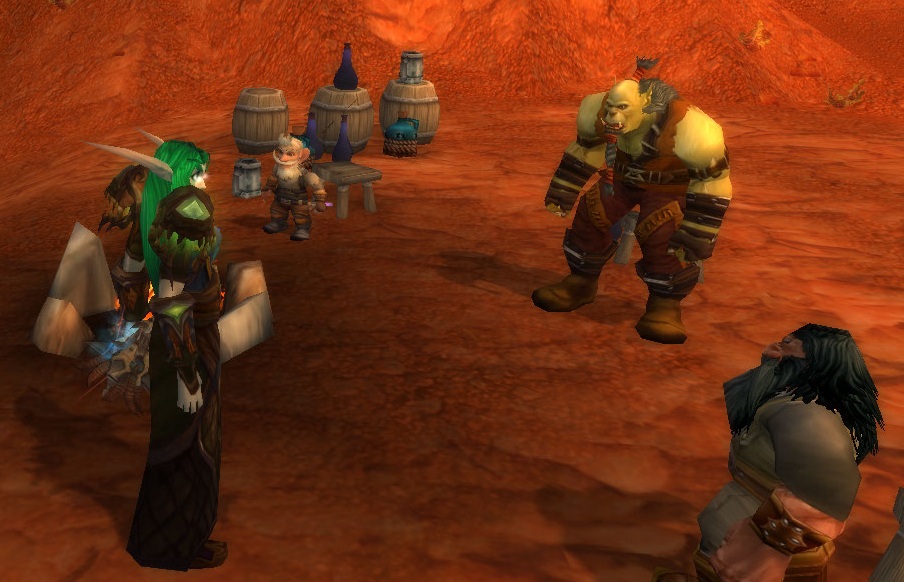 Peter Christiansen introduces the topic of Memory as a theme for Play the Past’s latest edition. The authors cover topics like ‘public memory’, a communally agreed upon narration of events, and the representations of the past through play. Each of the issue’s six authors offer unique perspectives on how games and players interact with history through either particular games as case studies or as a broader approach to the way that audiences respond to fiction. 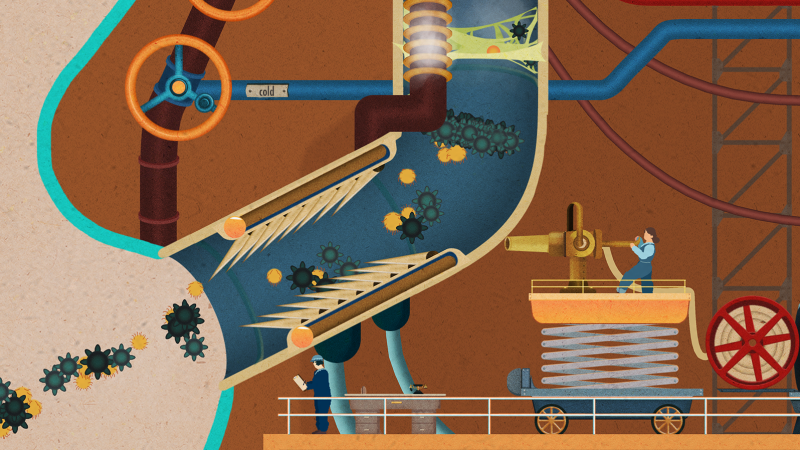 This Game Proves That The Nazis Couldn’t Crush Art

At Kotaku Keza MacDonald describes the historical influence of Homo Machina’s look. The game, an imaginative interpretation of the human body as a machine-factory combination, takes cues from German doctor Fritz Kahn, who fled Nazi authoritarianism in 1933. Although Kahn’s work was repurposed by Nazi propagandists, it survives in other forms of communication and is being reclaimed in Homo Machina. The brief article examines the historical roots and political influence of the game’s creative choices. 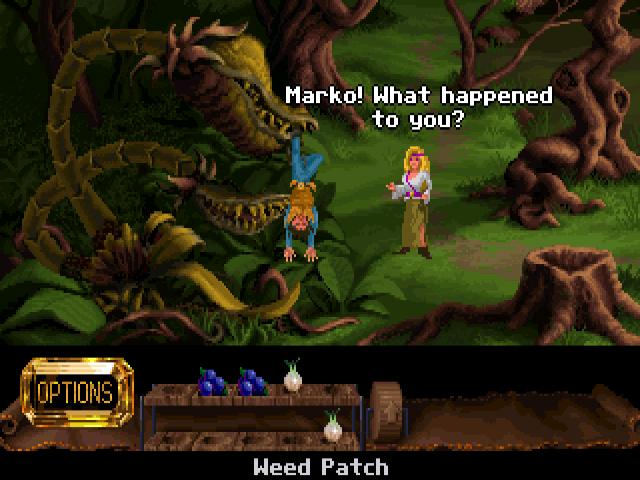 On her personal blog, Pekoeblaze, C.A. Brown compares SiN and Legend of Kyrandia, two 90s computer games with huge aesthetic and generic gaps between them, to make the point that their use of comedy makes them memorable and enjoyable even despite poor design or aging. Brown, as a writer and illustrator of her own work, she’s struck by how much more intimate each game is to her because of how legitimately funny they are. 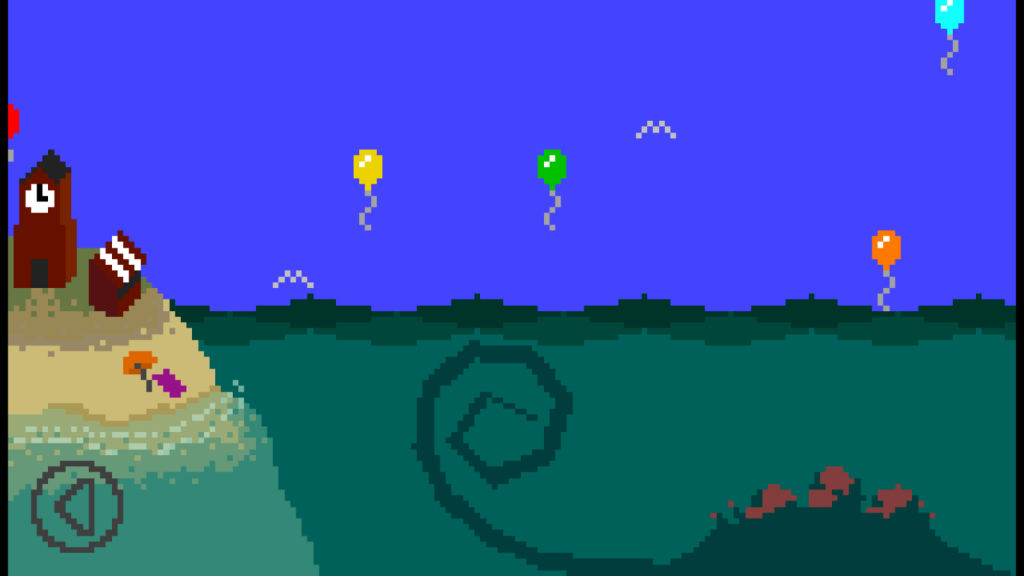 Writing for Itch.io, a distribution platform for independent gamer designers and small studios, calls for suggestions of how to preserve flash-based games given the discontinuation of Flash software as of 2020. Any technically creative folks are encouraged to join the brainstorming session.

With that final page turned, I leave this document for time to do what it does. I hope that my reader has enjoyed all this wonderful work as much as I have, no matter when they get a chance to look over it. In the meantime, stay tuned for the next theme of Blogs of the Round Table to drop.

And, as always, we’re constantly eager to share more games criticism where we can, so don’t forget to follow us on Twitter or send us an email if you find something you’d like to show us. Likewise, consider helping us fund expansion into other projects by supporting us with a monthly Patreon contribution or a one-time Paypal donation. Thank you so much, and we’ll see you shortly!