Download
“Keywords in Play” is an interview series about game research supported by Critical Distance and the Digital Games Research Association.

In this episode we speak with Bo Ruberg, who is Assistant Professor at UC Irvine in Film & Media. Their interdisciplinary research crosses media studies, queer studies, the Digital Humanities, cultural studies, and an engagement with computational fields. From 2015-2017, Bo served as a Provost’s Postdoctoral Scholar in the Interactive Media & Games Division and a member of the Society of Fellows at the University of Southern California. In 2015, Bonnie received their Ph.D. in Comparative Literature from UC Berkeley in conjunction with the Berkeley Center for New Media and the Department of Women and Gender Studies. Prior to entering academia, they worked as a technology journalist, reporting on tech, video games, sex, and gender from 2005 to 2009.

As a joint venture, “Keywords in Play” expands Critical Distance’s commitment to innovative writing and research about games while using a conversational style to bring new and diverse scholarship to a wider audience.

Our goal is to highlight the work of graduate students, early career researchers and scholars from under-represented groups, backgrounds and regions. The primary inspiration comes from sociologist and critic Raymond Williams. In the Preface to his book Keywords: a vocabulary of culture and society, Williams envisaged not a static dictionary but an interactive document, encouraging readers to populate blank pages with their own keywords, notes and amendments. “Keywords in Play” follows Williams in affirming that “The significance is in the selection”, and works towards diversifying the critical terms with which we describe games and game culture.

Video Games Have Always Been Queer 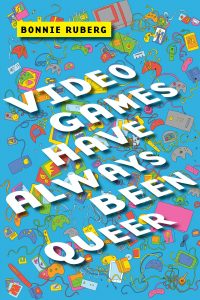 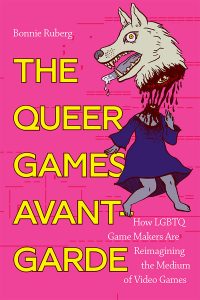